Moor-rul Grassland planting, situated at the Kangaroo Ground Memorial Tower. First Sunday of each month at 10am planting and maintenance of the grasslands is undertaken. Please RSVP to jann.darvill@bigpond.com if you are able to assist. All welcome

We live on the land of the Wurundjeri People
We acknowledge the traditional owners of this land
and the fact that Indigenous sovereignty has never been ceded.

Nillumbik Reconciliation Group is a volunteer-based, non-profit incorporated group committed to furthering the process of reconciliation with Australia’s Indigenous peoples – the first Australians. Based in the Shire of Nillumbik, which includes the Melbourne suburb of Eltham and surrounding areas, the Group aims to cultivate and promote the issues of reconciliation in our local region. See other pages on this site to find out more. 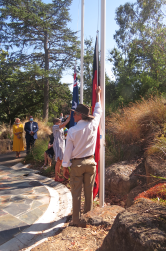 Australia Day, as this day is currently known, recognises the history and achievements of our nation. And there are many. The history of Australia often begins when, on 26 January 1788, Captain Arthur Phillip raised the British flag at Sydney Cove, beginning the colonisation of this continent. Aboriginal people, the Eora, watched on from the shadows of the gums.

Today, we stand here with Uncle Ian Hunter Wurundjeri Elder, and raise two flags, the Australian and the Aboriginal, because we now acknowledge that the land was already owned by over 250 sovereign nations who shared trade, knowledge, cultural values and spirituality. The History of Australia reaches back tens of thousands of years.

Jan, what followed as the country was colonised?

While there are many examples of Aboriginal people who worked and shared their very changed lives with the Europeans, this date also marks the beginning of Frontier wars and conflicts as the Aboriginal people realised the settlers were taking their land and livelihoods.

Their resistance was met with oppression, slaughter, the spread of diseases, some deliberate, poison, deaths and a catastrophic reduction in the population of First Nations

And once the settlers had gained control of the land and had government, what then?

Laws were enacted to control the lives of Aboriginal people, to restrict them to living on reserves. Some food was provided but their movements and lives were tightly controlled. A policy of assimilation meant that the children of families with a white parent were removed and brought up in orphanages. This Stolen Generation has left many Aboriginal people without knowledge of their family and culture. This intergenerational trauma continues today.

And added to that are the years of racist management of Aboriginal offenders with very high numbers of Aboriginal children and adults in prisons. Since the Royal Commission in 1991 few of the 330 recommendations have been implemented. Aboriginal deaths in custody have risen to 500.

26 January is not an appropriate day for a celebration for our First Nations peoples. Some call it Invasion Day. For others Survival Day and a Day of Mourning.

That certainly marks resilience and resistance, the hallmarks of Aboriginal and Torres Strait Islanders’ response to colonisation.

26 January has been celebrated as Australia Day only since 1994, It is not an age-old tradition. There have been other dates in the past. It needs to change to support the developments that are being driven by Aboriginal Australians themselves.

In 2017,  250 Aboriginal leaders from the communities across Australia met at Uluru, the heart of this continent. They produced a statement called Uluru Statement from the Heart.  Their call was for a Voice to Parliament, Truth telling and a Treaty.

We are making progress here in Victoria towards truth telling and a treaty. The First Peoples Assembly has been working together with the Victorian Parliament on the design of a treaty under legislative authority. The Yoorook Justice Commission has been established to undertake truth telling with First Peoples to be reported on in 2024.

As new citizens we ask you to be informed about the place of Aboriginal Australians and their efforts to gain their rightful place as Australian First Peoples, sovereign First Nations, and to have that place enshrined in our constitution. This is a matter that is essential to the future life of our nation: First Nations and all other Australians united and respectful of each other’s unique place.

Welcome to you all and congratulations on your new citizenship.

An Evening with Anita Heiss

May 16, 2021 pleskaccess_remq271s Comments Off on An Evening with Anita Heiss

October 7, 2020 pleskaccess_remq271s Comments Off on Free Virtual Seminar on Wurundjeri 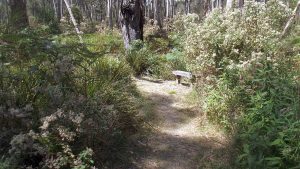 GAWA Trail
Nillumbik Reconciliation Group conducts school group tours of the trail. The tours aim to give an understanding of Wurundjeri culture. 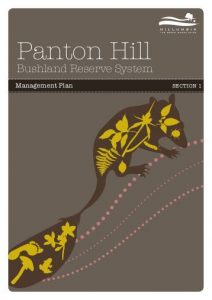 The First People’s Assembly of Victoria

Through an election process across the First People’s communities in Victoria the First People’s Assembly was established in 2019. The Assembly is working with Victorian Government to develop a Treaty Negotiation Framework for the rules and processes by which a treaty can be agreed on.

There are three elements:   A self-determination fund so negotiations are on an equal footing; a Treaty Authority to oversee the treaty negotiations; an Elders Voice to give cultural guidance to the Assembly.

In June 2020 the Assembly agreed that Truth Telling must be a fundamental part of Treaty making.

Truth telling is a process of sharing historical truths after periods of conflict. It acknowledges and reveals human rights violations by promoting the voices of those who have been victims of those violations.

In May 2021, the Yoo-rrook Justice Commission was established after consultations with Aboriginal communities. It is the first truth telling commission to be established in Australia. Five commissioners were appointed by the Assembly. Their mandate is to enquire into and report on historical systematic injustices perpetrated against First Peoples since colonisation including present day injustices.

The aim is to develop a shared understanding of the impacts of colonisation with all Victorians and to reveal the diversity, strength and resilience of First Peoples culture, knowledge and traditional practices. Reports will be made in June 2022 and final report in June 2024.

This message is only visible to admins.
Problem displaying Facebook posts.
Error: Error validating access token: The session has been invalidated because the user changed their password or Facebook has changed the session for security reasons.
Type: OAuthException
Subcode: 460 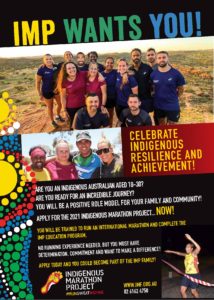