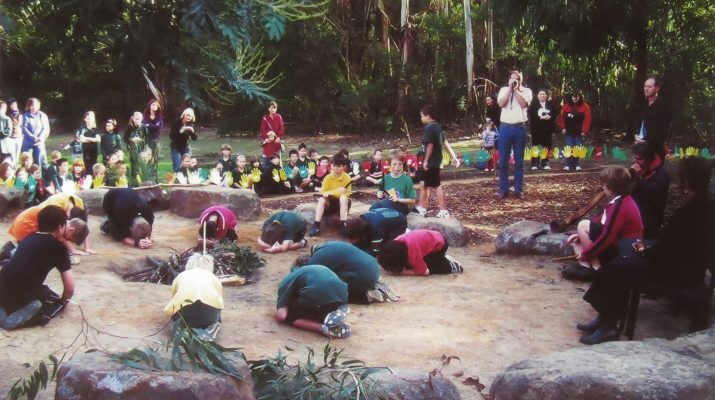 Ten years ago the NRG members attended the opening of the Darrabi Garden. Susie Walker has initiated the project and we had helped with the establishment of the garden. Gradually with the full support of principal Margaret Uren each child at the school planted a native plant and helped to care for it. At the opening, under Aboriginal supervision,  a fire in the pit smoked the plants and rocks and a group of boys from the school were painted with ochre and danced. Pam Pedersen, Aboriginal elder, planted an Alogyne hueglii and gave her enthusiastic commendation to the project. 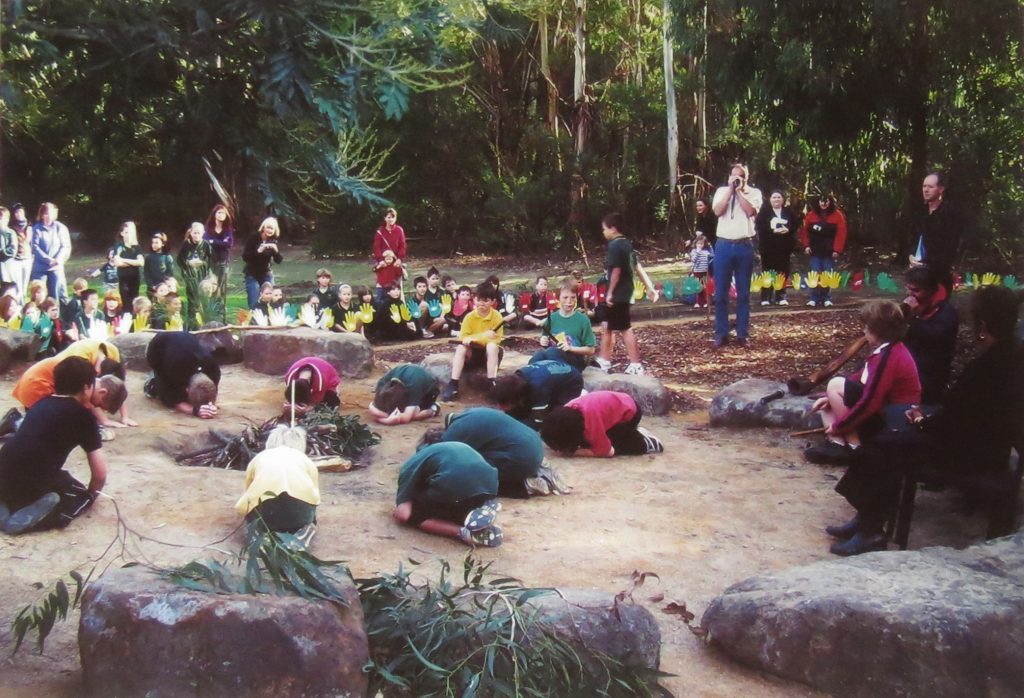 After 10 years and some times of drought, plant loss and variations in commitment the garden is still thriving with many of the plants now well established trees and shrubs. Janine Molinaro, a parent, has looked after Darrabi for the 10 years but is now moving on as her youngest son goes to high school. Wayne   has been appointed to the school as Environmental Officer and he will be promoting and managing the care and use of the garden.

Darrabi means Awakening. This anniversary speaks of the awakening which is happening to all our communities in Australia as we grow in respectful awareness of Aboriginal significance to our nation, the truth of Aboriginal history and the urgent need for treaty and formal inclusion in our constitution.

The sculpture sign was designed by Janine Molinaro who has worked with the Friends of the Darribi Gardens. 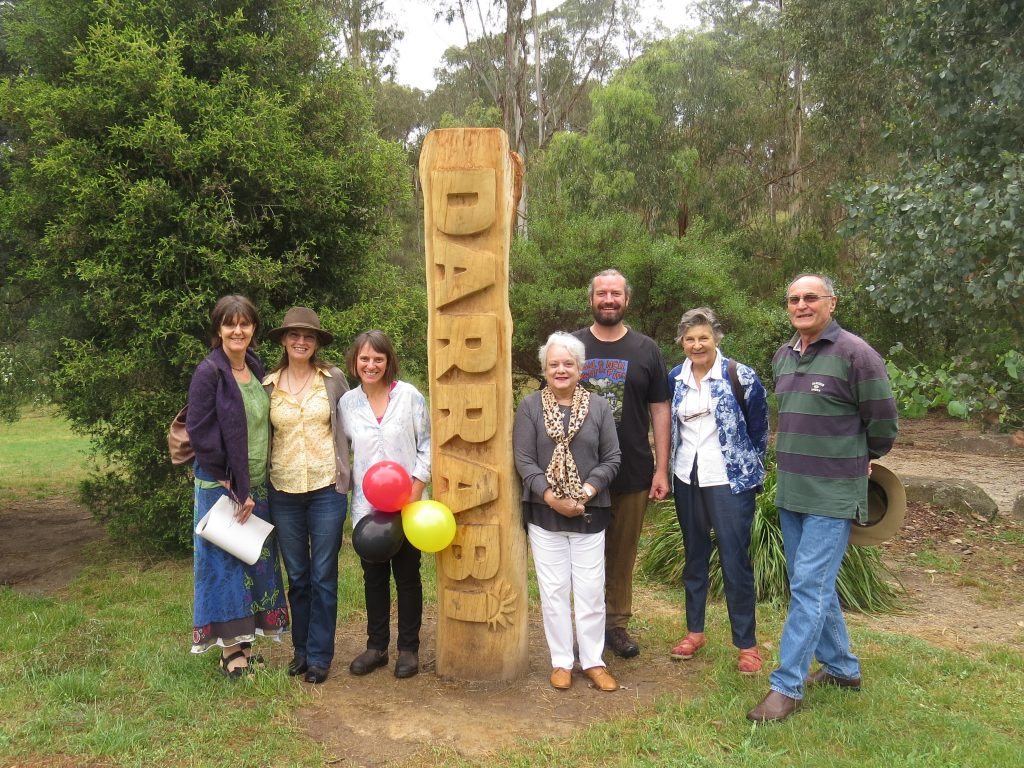 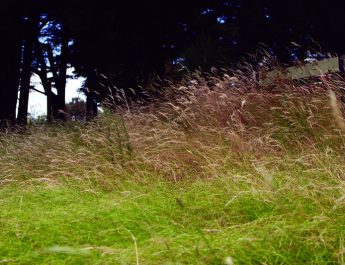 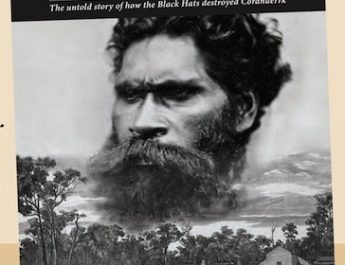